Posted on February 6, 2016 by mollydeuberry

When I was about 5 or 6, I asked my paternal grandma, who gave birth to ten children in eight births (my dad is the oldest in the second set of twins), why her tummy was so big. She responded gently and kindly, “I guess I just like cookies!” My parents had to have been mortified.

When I was 7 or 8, I walked up to my maternal grandpa (who we call Poppop) and asked, “How the hell are ya, Pop?!” I think my parents were too shocked to even react. My grandma was definitely speechless but I remember my Poppop laughing and responding, “Fine, fine!”

In the spirit of keeping it real, let me tell you that tonight was a tough parenting evening.

The Children’s Museum offered extended hours for members tonight (they usually close at 5pm). So it was the perfect opportunity for Tim to take the kids after school and for me to meet them there on my way home from work. It gave us some time all together before dividing and conquering as Tim took Ana to basketball practice and Yoseph squeezed in some bonus playing time.

We did the Chocolate Slide, visited the new Pirates & Princesses exhibit, and checked out the Teenage Mutant Ninja Turtles set up. The kids ate a heavy snack and we assumed man to man defense with the kids as Tim and Ana left for practice. 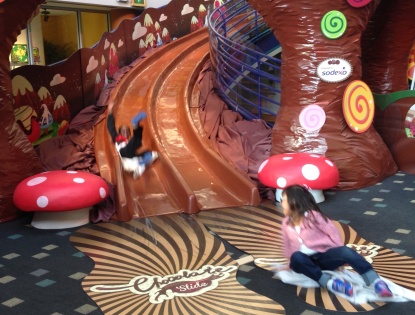 Our super competitive children raced each other down the Chocolate Slide. Yoseph was feet up almost the whole way down–he is just so light!

Ana and Pseudo-Belle, a new addition to the Museum’s welcome staff with the Pirates & Princesses exhibit

Yoseph and I headed down to the ground floor to the trains and dinosaurs. There were a bunch of kids playing with the dinosaurs in an area surrounded with benches…perfect for parents to sit and relax while keeping an eye on the kids. So I spent some quality time on Facebook via my phone, tuning out the idle chitchat of the moms near me. Soon they left and it was just a dad and his young son left in the area with us.

It was only a few minutes before I heard the little boy say, “Daddy! The brown boy isn’t being nice to me!”

First, let’s acknowledge that I should have been more diligent in keeping an eye on Yoseph’s behavior. He wasn’t being nice to the little boy. He was being much too aggressive with someone much smaller than he is. And his behavior serves me right in a karma sort of way. About 45 minutes prior, Tim and I watched a mother micromanage her child and those around him in the Ninja Turtles exhibit. I bragged to him that we weren’t those kind of parents and that we had the right perspective of keeping an eye on them while allowing them to navigate the waters of interpersonal interaction with other kids. Oops. Pride goes before a fall, right?

So then you have the “brown boy” comment. The dad immediately responded and instructed his son in a slightly nervous tone of voice that if he wants to talk about what the boy did, just say “THAT boy isn’t being nice.”

I found myself wanting to reassure him, to say that it’s okay, kids say things like that. But I didn’t. And maybe that was wrong of me. But my heart went out to Yo. He will have enough people in his life label him based on the color of his skin. As I drove home, I wondered why the other little boy couldn’t have just said “this boy” or “the tall boy”. And the answer to that is multi-faceted and likely not mean-spirited. This may have been the first time this little boy saw someone who wasn’t white like he is. So I don’t judge him (or his dad) for this being how he saw and described Yo. But I didn’t reassure him that it was okay.

And to be honest, in that moment, my concern was torn between wondering how Yoseph felt and also urging him to apologize to the boy (and then getting the heck out of there). Of course our obstinate boy who, on his best day, is terrible at sincere apologies wasn’t having any part of it. So it was a bit of a cluster.

It was an unusually quiet drive home. At a stoplight at 38th and Central, I turned around and said, “I love you. I love you very much. But you can’t behave like that. I am very disappointed and I’m also sad. And Jesus is sad. He saw what happened there, too. He loves you. I love you. But it’s not okay to behave like that.” He nodded and looked out the window. I didn’t know what else to do.

So we came home, he put on pajamas, ate an apple, and watched some My Little Pony before bedtime. As one of my favorite literary and film heroines would say, tomorrow is another day. 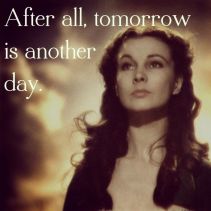 2 Responses to Pride and Prejudice